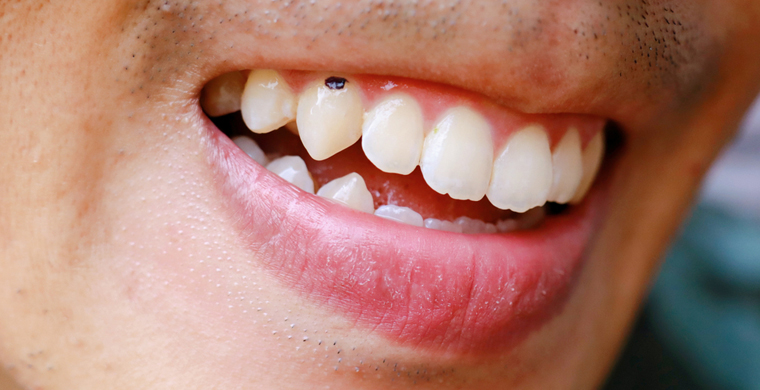 Today there are only treatments that manage to reduce the dark dental plaque in the enamel. A pioneering study has identified the bacteria that cause dark pigmentation, which opens the door to treatments to remove these spots altogether.

Black plaque is the dark pigment on the tooth enamel, especially near the gums.

It is known to have a bacterial origin, but currently, there are only preventive treatments to avoid its formation and correctors.

Now, a study by the Oral Microbiology Group research team from the CEU Cardenal Herrera University of Valencia opens the door to the design of new, more effective treatments that can eliminate this unsightly plaque.

If the origin of these dark plaques is purely bacterial, why not study precisely the responsible bacteria and, on that basis, work on treatments that can end it?

And the conclusions have been the following:

The work has been published in the journal Scientific Reports of the Nature editorial group.

HOW THE DARK ENAMEL PLAQUE FORM?

But they have not only identified the group of bacteria responsible for the formation of the black plaques.

They have also discovered how they acquire that dark pigmentation:

All of this (knowing the microbiome of black plaque and understanding the mechanism by which it turns dark) “will allow us to advance in finding definitive treatments for its elimination,” the study authors have assured.

Until now, this type of study on black plaque had only been done in children, among whom the appearance of this type of spot is more frequent, but not in adults.

The Oral Microbiology Group of CEU UCH already published in 2018 a pioneering study on antimicrobial phototherapy to combat, using light and oxygen, the proliferation of bacteria that cause black pigmentation in enamel.

At that time, they achieved a reduction in area, color, and bacterial colonization in the black dental plaque closest to the gums using a home-use tooth whitening device in the group of patients participating in the trial. But the problem was not eliminated.

Regularly consuming water with a high iron content or with a high pH and having a high pH in saliva are the most statistically significant factors in the appearance of these black spots.

The study ruled out the influence of tobacco, the consumption of iron supplements, or caffeinated beverages on the appearance of black spots on dental plaque.

Neither the frequency of brushing nor the type of brush used has been significant factors in determining the risk of the appearance of these dark pigmentations on the teeth.

Only a high oral pH or water consumption with high iron content is associated with these plaques. For this reason, it is recommended to consume mineral water instead of tap or osmotic water in people prone to the appearance of these black pigmentations in the enamel.

Oral Microbiota: How Bacteria in the Mouth Protect Us

What You Should Know About Falling Baby Teeth?