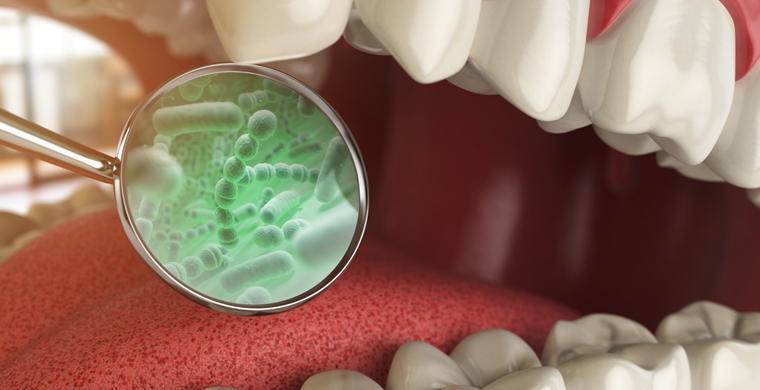 Oral Microbiota: How Bacteria in the Mouth Protect Us

Did you know that, on average, we have between 150 and 500 different species of bacteria in our mouth alone? Their balance depends on whether they act to protect us against possible infections or to facilitate the path of harmful microorganisms.

The microbiota is in fashion, yes. But it is much more than a simple trend: there is more scientific evidence that corroborates the fundamental role that the billions of microorganisms that form it has in preserving health.

Although perhaps the intestinal microbiota is the best known, bacteria are distributed throughout the body: we also find them on the skin and, of course, in the mouth.

But what role do bacteria in the mouth play in our health? Are they good or bad? In her book, the specialist in Internal Medicine answers these and other questions in a very entertaining way.

MORE THAN 1,900 SPECIES OF BACTERIA

“In the mouth, we have a true microcosm, ” says Dr. Joshipura. More than 1,900 bacterial species (many of them still unnamed) have been found in it.

“Many people believe that the bacteria in the mouth are harmful, just like that. Nothing is further from the truth: in the mouth, as in the intestine, what is terrible is having dysbiosis “, explains the doctor. Or what is the same, an imbalance of the microbiota

“In general, the core of the microbiota in the mouth changes little over time: a healthy person has between 150 and 500 different species of bacteria.”

The most common belong to the streptococcus family and those of the genus veillonella. “But problems arise when some pesky species appear,” he adds.

Its balance depends mainly on the health of our teeth and gums and vital organs like the heart, lungs, or liver.

THE ORAL MICROBIOTA PROTECTS US FROM INFECTIONS

One of the substances present in the mouth with the highest amount of bacteria in saliva, which, in the words of the microbiota expert, “is a marvel of evolution that we have not been able to manufacture in the laboratory. ”

In it, for every milliliter, there are between one hundred and one billion bacteria. “There are hundreds of billions that pass from our mouth to the stomach every day, and then many of them to the intestine,” he clarifies.

THIS IS HOW IT ACTS TO PROTECT YOU

“The microbiota of the mouth protects us from pathogens with the famous ‘don’t-wear-you-I’m-I’m-me’ technique, in addition to competing for nutrients so that bad bacteria don’t get stuck in them,” explains the internist in his manual. But this is not all:

“The good bacteria also secrete substances that act by eliminating the bad ones, just as it happens in the intestine,” he clarifies.

When balanced, it helps control excessive inflammation that our immune system can generate when fighting viruses and bacteria.

Transform some substances into others

“Perhaps one of the lesser-known functions of the microbiota of the mouth is the nitrate-nitrite-nitric oxide pathway, ” says Dr. Joshipura. But what does this concept mean? The specialist explains it in her manual:

There are oral bacteria whose function is to convert the nitrates present in some foods (such as beets, green leafy vegetables, cabbages, squash, and zucchini) into nitrites, which have antimicrobial and anti-inflammatory effects in the mouth and nose.

But the transformation process does not end there: other bacteria transform nitrites into nitric oxide, which is also antimicrobial and anti-inflammatory.

The Mistake Of Brushing Your Teeth After Eating