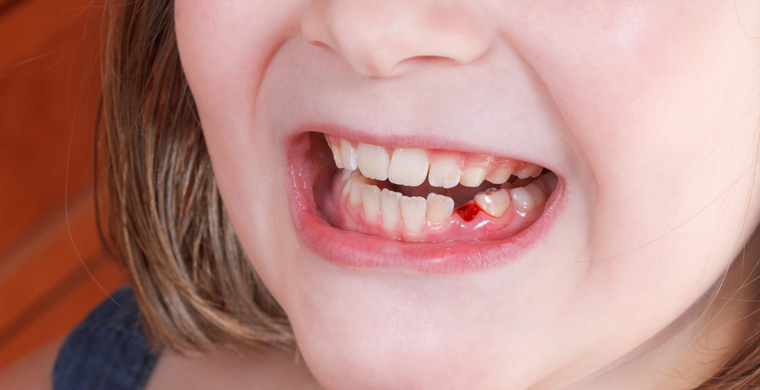 What You Should Know About Falling Baby Teeth?

Most children are looking forward to a visit from the tooth fairy from the age of five or six. A process of loss of milk teeth begins that should be followed carefully.

During early childhood, permanent teeth develop in the jawbone.

When they reach a specific size, they start their way outwards, wear away the roots of the milk teeth, which begin to move and fall, leaving the way free for the others to fall into place.

It is what we know as a dental replacement: the complete replacement of milk teeth.

Tooth replacement begins around six years of age and usually concludes around 12-13 years, although differences of up to one year are considered normal, both above and below.

Differences of up to one year are also observed between both sexes: girls are more intelligent due to hormonal influences. This process takes place in two distinct stages.

The first usually begins with the eruption of the first molars around the age of six. These pieces are not changed but come out directly behind the last milk teeth, in many cases without the parents noticing. The bottom ones appear first and then the top ones.

This sequence can be reversed in some cases, and the central incisors appear before the final molars.

This stage concludes with the replacement of the lateral incisors, followed by a period where the two dentitions coexist, the milk one and the definitive one, without any changes occurring.

The second stage of loss of milk teeth usually begins around nine by replacing the canines and molars.

The second molar does not usually erupt until 12-13, when the change process ends.

DIFFERENCES BETWEEN DEFINITIVE AND MILK

The main differences lie in the following points:

It is recommended not to force the tooth to fall when it begins to move since it can take a long time from the beginning of the process until it falls out. If we force it with frequent movements, either with the tongue or fingers, the final tooth or the gum can be damaged.

When a tooth is already very loose when moving it, it does not hurt; we can advise the child to push it with the tongue to finish loosening and falls, leaving an accessible way for the last tooth to come out without difficulty.

There are times when the definitive tooth erupts next to the milk tooth and not under it, so it does not wear down the root of the milk tooth so that it falls out. Then, a double row of teeth can be formed.

For this reason, if a tooth comes out and the milk tooth has not fallen out, it will most likely need to be removed as soon as possible to allow the new tooth to settle correctly. For this reason, it is advisable to inform the dentist to assess it.

When the final tooth has space, it will move to occupy the space.

It can take a long time between a tooth falling out and a substitute coming out. During this change process, it is advisable to visit the specialist to make revisions, sometimes parts are missing, and it is convenient to detect the problem in time.

What is Dental Implant and How to get Dental implants?